Minister of Planning and Economic Development, Sierra Leone, co-Chair of the International Dialogue, and Chair of the g7+ group of fragile states. 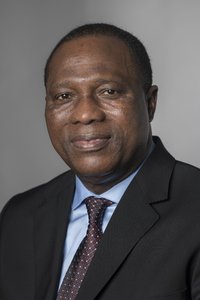 Dr. Francis Mustapha Kaikai, until his recent appointment, was Sierra Leone’s Permanent Representative (PR) to the United Nations in New York. Prior to his appointment as the PR of Sierra Leone to the UN, Dr. Kaikai spent 12 years as a senior United Nations staff member. From January 2016 to March 2018, he was Chief of Civil Affairs/Peace Consolidation Services in the United Nations Mission in Liberia (UNMIL), supporting the country’s integrity in natural resources management and economic governance, decentralization of services, local governance and peacebuilding. He was Field Crisis Adviser/Field Operation Manager in the United Nations Mission for Emergency Ebola Response (UNMEER) from December 2014 to June 2015. From March 2008 to July 2014, he was Chief of Civil Affairs in UNMIL, having served as Chief of the United Nations Disarmament, Demobilization and Reintegration Section of UN Mission in Sudan (UNMIS) from 2005 to 2007. Preceding his United Nations career, Dr. Kaikai coordinated the preparation of Sierra Leone’s first Poverty Reduction Strategy Paper and set up the Development Assistance Coordination Office in post war Sierra Leone. He served as Executive Secretary of the National Committee for Disarmament, Demobilization and Reintegration from 1999 to 2004.

Dr. Kaikai holds a B.A. (Hons) degree from the University of Sierra Leone, and Master of Science and doctorate degrees in agricultural economics and development from universities in the United Kingdom and Germany, respectively. Dr. Kaikai is a recipient of the Grand Commander of the Order of the Rokel (GCOR) Award for Service to Sierra Leone. 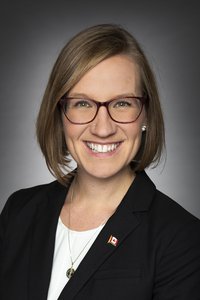 The Honourable Karina Gould was first elected as the Member of Parliament for Burlington in 2015.

A graduate of McGill University and the University of Oxford, Minister Gould is passionate about public service and international development. Before her election as the Member of Parliament for Burlington, she worked as a trade and investment specialist for the Mexican Trade Commission in Toronto, a consultant for the Migration and Development Program at the Organization of American States in Washington, D.C., and spent a year volunteering at an orphanage in Mexico.

Minister Gould has deep roots in her hometown of Burlington, Ontario, and is an active member of the community and an advocate for women’s issues and affordable housing. She has volunteered with and actively supports the Iroquoia Bruce Trail Club, the Burlington chapter of the Canadian Federation of University Women, the Mississauga Furniture Bank, Halton Women’s Place, and other local organizations.

Minister Gould lives in Burlington with her husband Alberto and son Oliver.

With the birth of Oliver, Minister Gould became the first federal cabinet minister to have a baby while holding office. She is passionate about breaking down barriers for women, youth, and underrepresented groups.

About the International Dialogue 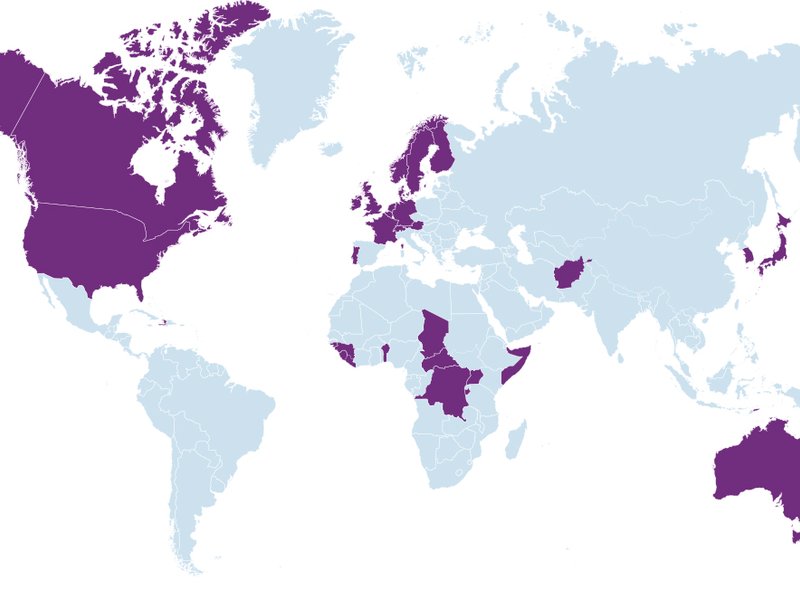 Origins of the International Dialogue