The International Dialogue on Peacebuilding and Statebuilding organised a Panel event on 1 March 2016 on the margins of the World Bank Group Fragility Forum, entitled “Tackling Conflict and Fragility through Global Norms Setting: Reflecting on the Experience of the New Deal and the International Dialogue”. The purpose of the Panel was to reflect on the experience on the New Deal for Engagement in Fragile States in advance of the April launch of the Independent Review of the New Deal for Engagement in Fragile States (CIC/NYU).

The Panel for the event was made up of Sarah Cliffe (CIC/NYU), Hodan Osman (Ministry of Finance, Somalia), Helder da Costa (g7+ Secretariat), Paul Okumu (Africa Platform) and Anne-Lise Klausen (World Bank), and was chaired by Kathryn Nwajiaku (Head of the International Dialogue Secretariat). While exploring how to capitalise on successes of the New Deal, the participants were also invited to discuss the challenge of sustaining political commitment thereto, and finding sustainable solutions to protracted crises around the world.

The full recording of the event can be viewed here: 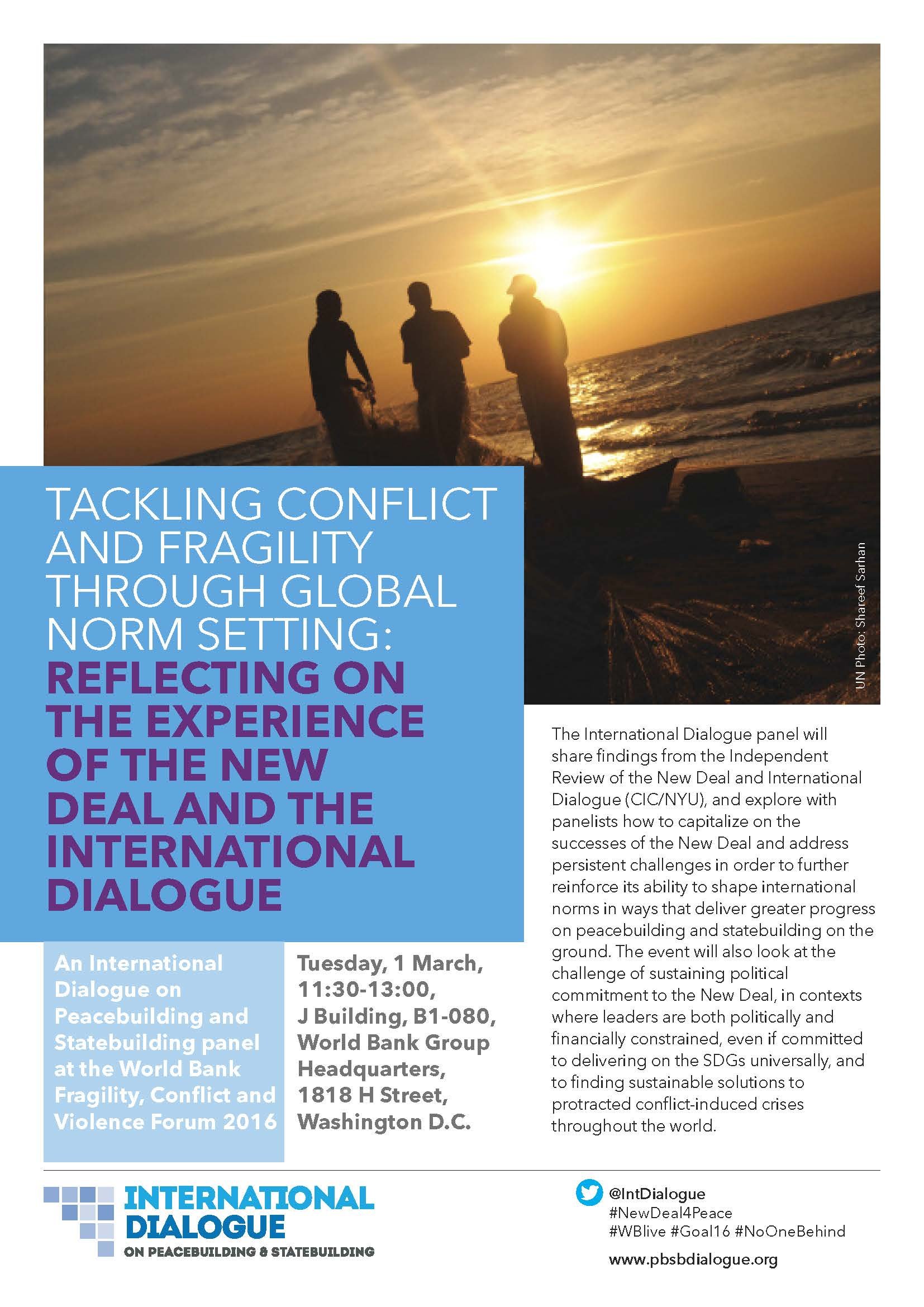